… a key lyric in one of the popular songs from Rodgers and Hammerstein’s score for the 1945 movie State Fair.

Add to this fact that schools nationwide just started back for the year, kids sports and music lessons and events get underway, new and returning TV shows start premiering, and the lovely Fall weather has arrived to bless us as we scurry to meet all our annual demands that overflow our schedules.  And here I sit, reading FaceBook and writing posts about my reminisces about school days, favorite movies, and the local fairs that always began in September.

Then, as I take one last peek to see who’s saying/doing what, my niece, Jaclyn Boling, has posted a message on FaceBook to say that her three pieces of artwork (2 sketches and 1 sculpture) received first through third place awards at the 90th Annual Charles County Fair held in La Plata in Southern Maryland this past week. 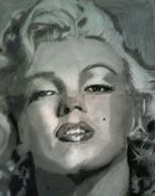 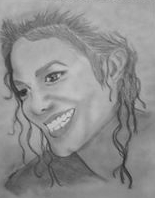 So, it just seems fitting that this post should revisit Time Magazine’s A Brief History of State Fairs:

Minnesota: Proud Winner
State and county fairs have been organized in the United States since 1841 when the first such gathering was organized in Syracuse, New York. Food — both its production and enjoyment — has been their centerpiece from the very beginning. In this 1926 photo, a man poses with his prize-winning gourds at the Minnesota State Fair in St. Paul. 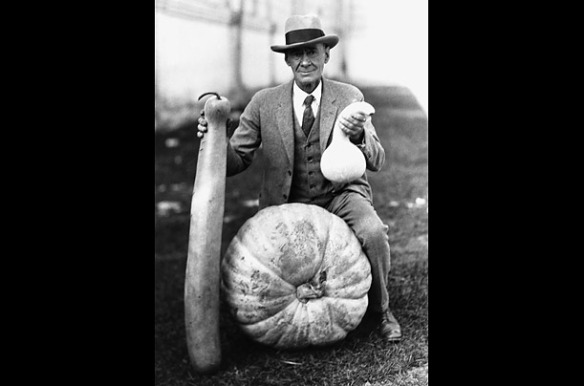 Illinois: Livestock
The judging of livestock in the U.S. dates to the 19th century. In the photograph below, competitors parade their charges before judges at the Illinois State Fair in 1958. 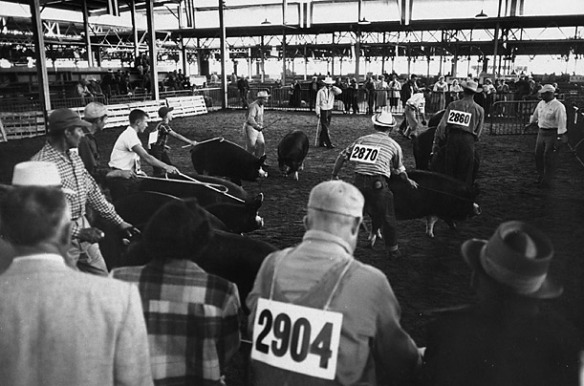 Credit for the idea of the state fair is often given to Elkanah Watson, a wealthy New England farmer, and businessman who showcased his sheep in the public square of Pittsfield, Massachusetts in 1807. Recipe judging is one of the oldest kind of competition at the fairs, dating to the early 1800s. 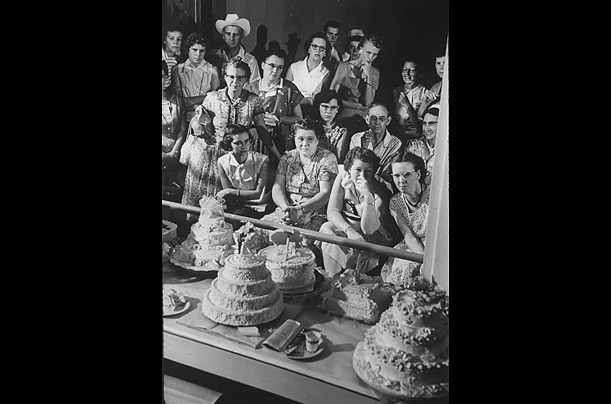 A strong man who has just risen from a bed of nails — where he allowed another man to stand on his chest — displays the nail marks on children in the audience. 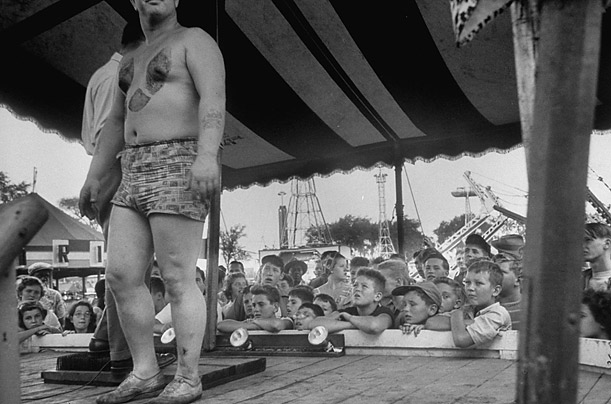 Women place their heads on risque drawings at the 1955 Iowa fair. 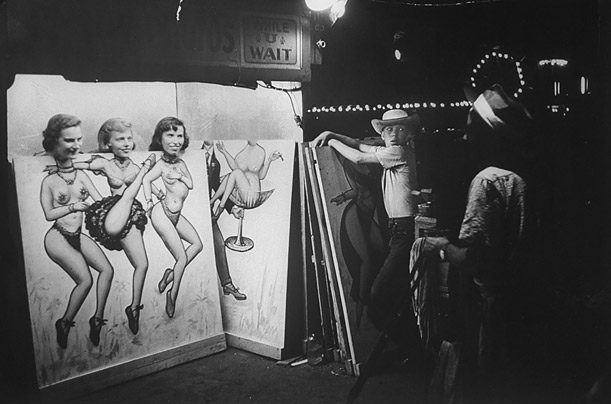 A dental x-ray machine is demonstrated at an exhibit presented by the California dental association in 1953. 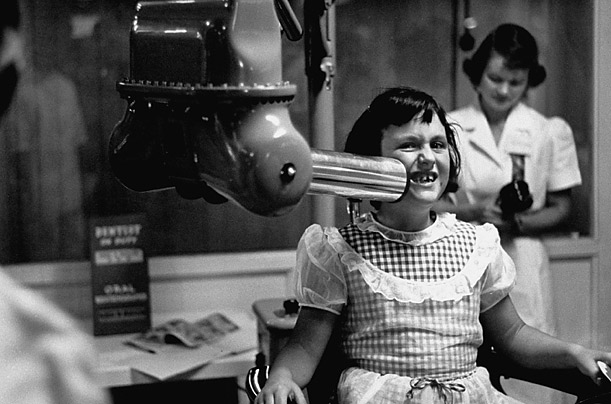 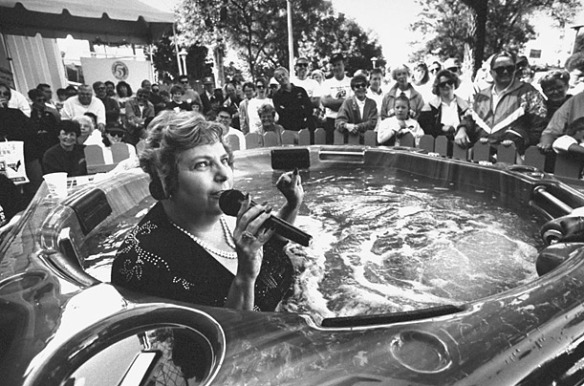 Thrill-seekers hang on for dear life at the Iowa fairground near Des Moines. 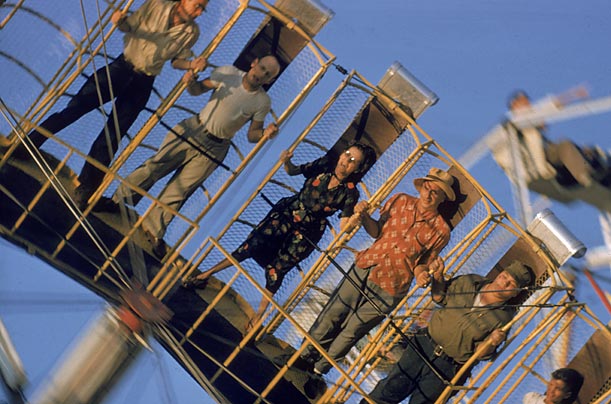 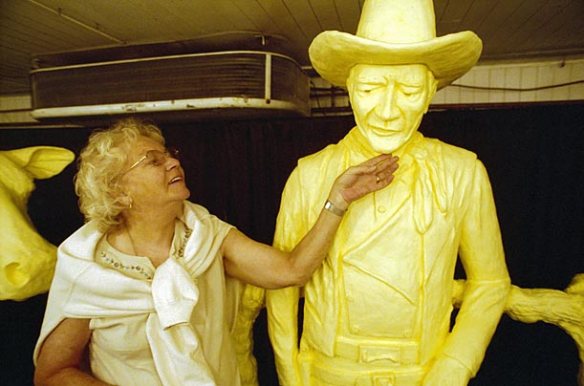 Butter sculptures, introduced initially by the dairy industry to promote its product, date to 1903. This 2001 entry, of actor John Wayne, required 400 pounds of butter and four days of labor.

The Obama’s and their children try their hand at a game booth at a campaign stop at the state fair near Des Moines in 2007. 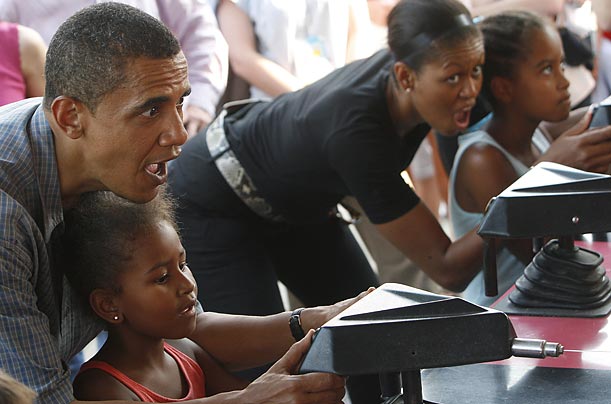 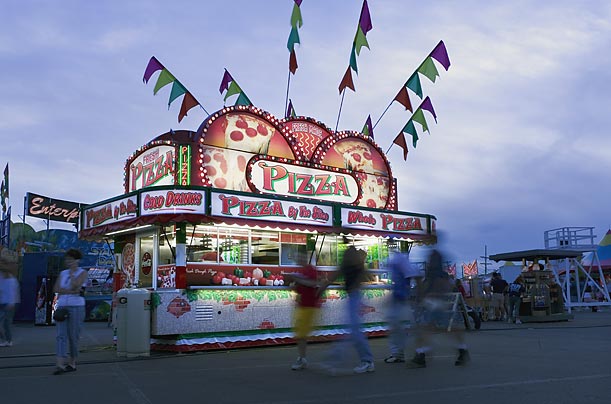 In many states, the fairs continue to draw huge crowds each year. 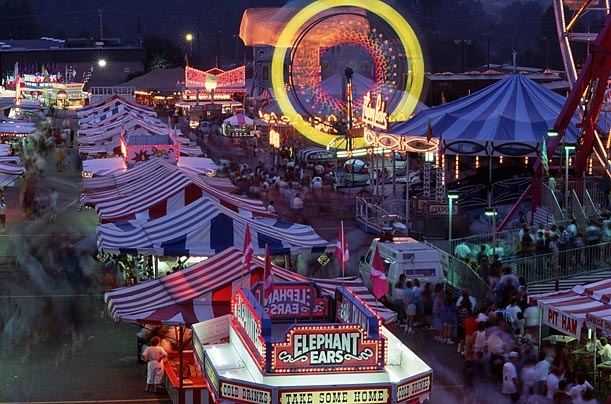