“and they lived happily ever after.”

February is the month for lovers and hopeless romantics like me who believe in love at first sight, true and everlasting love, and fairy tale stories–all ending with; “and they lived happily ever after”. 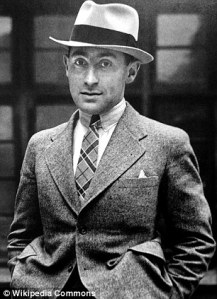 I believe Alfred Eisenstaedt (1898-1995), the photographer of the now infamous World War II Times Square photo, must also have shared my hopeless romantic sentiments, at least at the time he captured the sailor and the nurse kissing.
So, in my endless curiosity, I went on a hunt this morning to find out about the kissing couple; if there was more to the back story of a pivotal moment in the world’s history and the VJ Day Celebration.  Much to my dismay, this story didn’t have “and they lived together happily ever after,” ending.  So it’s back to reality once again for me, but not without stories worthy of telling.

Alfred Eisenstaedt wrote a couple of books in which he mentioned capturing the moment of the now 70-year-old kiss:

In Times Square on V.J. Day I saw a sailor running along the street grabbing any and every girl in sight. Whether she was a grandmother, stout, thin, old, didn’t make a difference. I was running ahead of him with my Leica camera looking back over my shoulder but none of the pictures that were possible pleased me. Then suddenly, in a flash, I saw something white being grabbed. I turned around and clicked the moment the sailor kissed the nurse. If she had been dressed in a dark dress I would never have taken the picture. If the sailor had worn a white uniform, the same. I took exactly four pictures. It was done within a few seconds.

When Mr. Eisenstaedt took his photograph, he did not get the names of the embracing sailor and the nurse, and their faces were largely obscured. A Navy photographer, Lt. Victor Jorgensen, also photographed the pair, but he, too, did not ask their identities.

So there in a nutshell you have Eisenstaedt’s story.  But what about the couple kissing? Who were these individuals, why were they in Times Square, and whatever happened to them? 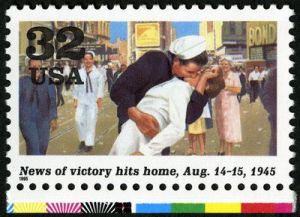 Over the next 62 years following the photograph, 11 men and three women staked claims as being the individuals in Eisenstaedt’s picture and some even were accepted and went on to receive publicity.  However, in 2007, Glenn McDuffie collaborated with Houston Police Department’s forensic artist Lois Gibson, to prove he was actually the sailor kissing the nurse in the infamous picture.  Gibson, was known for her numerous reconstructions of crime victims’ faces using only a skull.  In all, she carefully studied the bone structures of all 11 men who had claimed to be the sailor before coming to her conclusion. (Gibson also analyzed photographs of the other men who had claimed to be the sailor, reporting that their facial bones or other features did not match those of the sailor in the photograph).

On August 3, 2008, Glenn McDuffie was recognized on his 81st birthday as the “Kissing Sailor” during the seventh-inning stretch of the Houston Astros and New York Mets baseball game at Houston’s Minute Maid Park.

When news broke that McDuffie was definitely the sailor, his only surviving offspring, Glenda Bell, told reporters that he was very excited to have finally gotten the recognition he felt he deserved.  Glenda went on to say that, “he got to do a lot of fun things because of it, and to meet a lot of fascinating people”.  Any time someone invited him to come somewhere, like fundraisers for veterans, my dad was there, she said. And, on anniversaries of the war’s end her father would recall all of the excitement that was in the air that day in Times Square.

After the service, McDuffie went on to be a mail carrier and semi-professional baseball player.  He spent 50 years in Houston before moving in 2009 (after his health began to decline), to North Texas to live with his daughter, Glenda.

What was McDuffie doing in Times Square? 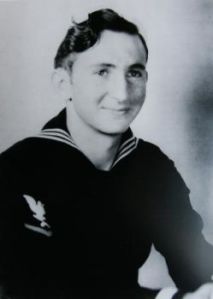 McDuffie had said he was 18, on his way to visit his girlfriend in Brooklyn, and in the midst of changing trains in New York when he was told Japan had surrendered.  He said, “I was so happy. I ran out into the street.”

“And then I saw that nurse,” he said. “She saw me hollering and with a big smile on my face. So, I just went right to her and kissed her. We never spoke a word.  Afterward, I just got back on the subway across the street and went to Brooklyn.”

The once young navy sailor and veteran of WWII died in Dallas from lung cancer, on March 9, 2014, at age 86.

Edith Shain was born in Tarrytown, N.Y., on July 29, 1918. She graduated from New York University and moved to Los Angeles a few years after the war ended.

But, in August 1945, Edith, then 27, was working at Doctor’s Hospital in New York City as a nurse when she and a friend heard on the radio that World War II had ended. They, too, went to Times Square where all the celebrating was going on. She said as soon as she arrived on the street from the subway, the sailor grabbed her in an embrace and kissed her. “The happiness was indescribable,” Mrs. Shain said of the original V-J Day celebration. “It was a very long kiss.” She also related that she thought at the time that she might as well let him kiss her since he fought for her in the war.

On the 60th anniversary of Japan’s surrender, in 2005, the Times Square Alliance welcomed Mrs. Shain to its commemoration of that frenzied August day in 1945, when strangers were hugging and kissing everywhere in the throngs that came to Times Square to celebrate the war’s end.

And in 2008, a couple of months after Houston honored Glenn McDuffie for being the sailor in the photograph, Edith Shain was back in New York, this time, as grand marshal for the city’s Veterans Day Parade and being honored as the nurse McDuffie had kissed in Life Magazine’s photo. And when The Associated Press asked her what the VJ Photo meant to her, she said; “Hope, love, peace and tomorrow.”

But, a mystery may be alive somewhere out there today

In 1980, Edith wrote to Life Magazine’s, Alfred Eisenstaedt, who, in turn, visited her.  Eisenstaedt reproduced her letter in Life Magazine’s August 1980 issue a short piece on that famous photo of the sailor kissing the girl on Victory in Japan day, and other photos taken at the same place, same day.

Mrs. Shain had told Eisenstaedt said she recognized herself in the photo when it was originally published in 1945, but had kept silent over all those years because she didn’t think at the time that it was dignified.  “But, times have changed,” she told Life in 1980.

In Life’s October 1980 issue, they also published the continuing saga of the Kissing Sailor photograph that included photos of the 10 men who had come forward in response to the August 1980 article to say they were the sailor in that photo, and a picture of yet another man, no longer alive, whose family had put in a claim. It also ran pictures of two other women who said they were the nurse.

So, in 2008, it was Bobbi Baker Burrows, an editor at Life, who told The Associated Press; “We received claims from a few nurses and dozens of sailors but we could never prove that any of  them were the actual people, and Eisenstaedt himself just said he didn’t know.”

One thought on “Hope, Love, Peace, and Tomorrow”