The 2018 Hurricane Season began on June 1 and continues through November 30. To encourage storm preparedness, the Census Bureau compiled American Community Survey data showing that 54.3 percent of residents had an emergency water supply; 82 percent had enough nonperishable food to sustain the household’s occupants for 3 days; 51.5 percent of American homes have an emergency evacuation kit; and 18.3 percent of single-family homes (excluding manufactured/mobile homes) have a generator to supply power in case of an outage. 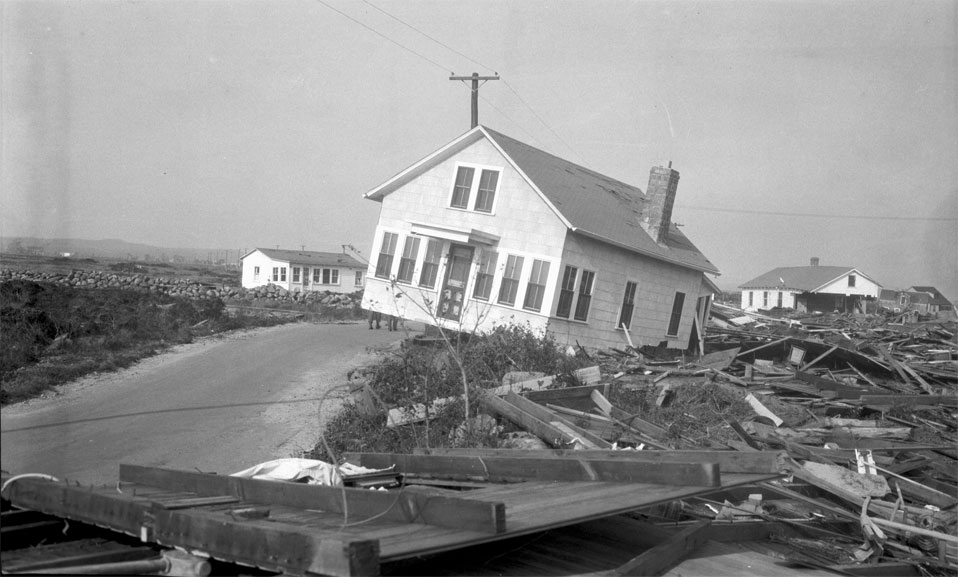 Photo courtesy of the Rhode Island Department of State.

The 1938 New England Hurricane was the first major hurricane to strike the region since a category 3 storm in 1869.  When the storm was over, it had damaged or destroyed approximately 57,000 homes (like this one in Charlestown, RI), killed as many as 800 people, and toppled more than 2 billion trees. Total value of property lost was an estimated (inflation-adjusted) $5 billion.

New Englanders had little warning of the fast-moving category 3 hurricanes that slammed into the region on September 21, 1938. Nicknamed the “Yankee Clipper,” “Long Island Express,” and “Great New England Hurricane,” the storm carved a path of destruction across Long Island, NY, and New England. Eighty years later, the storm is still the strongest and most deadly hurricane to ever hit New England.

In early September, the 1938 storm formed off the west coast of Africa and briefly strengthened to a category 5 hurricane by mid-month. On the morning of September 21, the weakened category 4 hurricane was off the coast of Wilmington, NC. In just 6 hours, the storm raced up the eastern coast of the United States to make landfall at Bellport, NY, with sustained winds of 120 miles per hour (mph).

Barreling northward, the storm pushed a wall of seawater ahead of it that created tidal surges of 15 to 20 feet along the Long Island and Rhode Island coasts. Rhode Island’s Narragansett Bay communities were hardest hit. Near the bay’s mouth, the storm swept away the Whale Rock lighthouse, killing light keeper Walter Eberle. Several miles away, waves swept away the lighthouse keeper’s home on Prudence Island, killing light keeper William Gustavson’s wife and son. Surging water swept away people, cars, and homes so quickly that most victims had little time to react to the rapidly deteriorating conditions as popular tourist destinations like Block Island, Charlestown, and Westerly were almost completely submerged.

By suppertime, waves were battering the Massachusetts coastal towns of New Bedford and Fall River near Rhode Island and Ipswich and Newburyport at its northern border with New Hampshire. Category 2 winds decimated forests near Petersham, felling 70 percent of the region’s trees. As the storm charged up Massachusetts’ Connecticut River Valley, heavy rains(combined with runoff from other recent storms) flooded towns along the river and its tributaries including Springfield, Chicopee, and Greenfield.

Weakening to a category 1 storm when it crossed Massachusetts’ northern border, it became the first and only hurricane to ever strike Vermont. Extensive flooding washed out roads and bridges in Brattleboro and Middlebury and derailed a train in Castleton. Wind uprooted groves of the state’s prized sugar maple and apple trees and a falling elm injured two theater patrons in Montpelier.

The storm blew through Burlington, VT, and crossed into Canada by 10:00 p.m. Soon after, it became an extratropical cyclone and dissipated over northern Ontario. In its wake, the 1938 New England Hurricane left approximately 800 dead, damaged or destroyed thousands of buildings, toppled more than two billion trees, cut power to millions, and left residents of some of the region’s largest cities swimming in 10 feet or more of debris-filled flood waters. When adjusted for inflation, the hurricane caused an estimated $5 billion in damage.

You can learn more about the 1938 New England Hurricane and other historic storms using census data and records. For example: 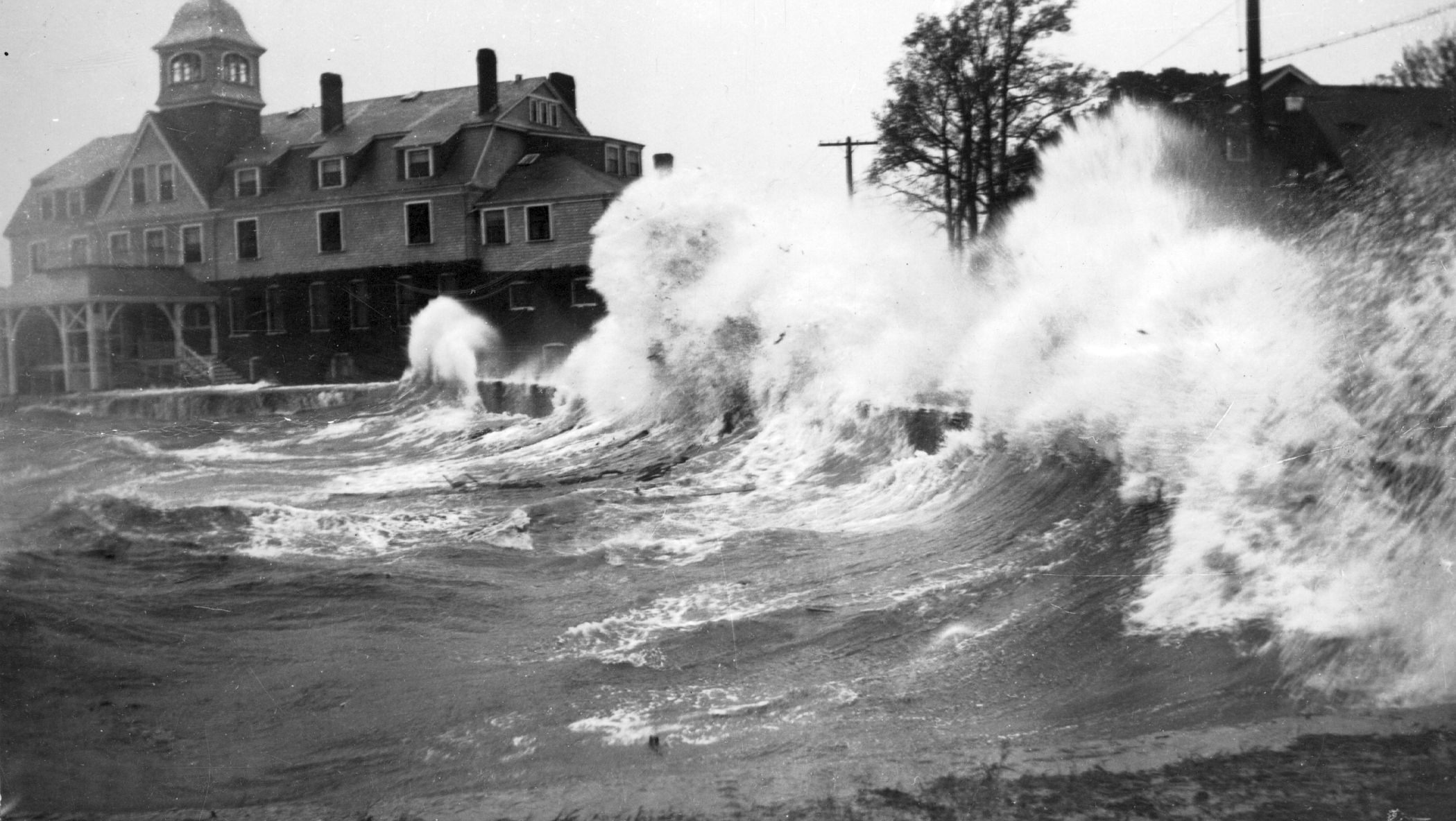 The 1938 New England Hurricane—the deadliest and most destructive hurricane to strike the region—batters the Massachusetts coast near the U.S. Fishery Building in Woods Hole. The storm produced a 20-foot storm surge in Rhode Island’s Narragansett Bay and 50-foot waves off the
coast of Gloucester, MA. Areas of Providence, RI, and New Bedford, MA, were under as much as 14 feet of water, and residents of the western Massachusetts town of Ware required air-dropped food and medicine until flood waters subsided.